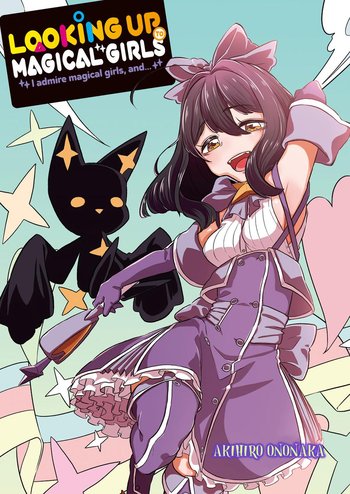 Pictured: Utena and Venalita. Not Pictured: her actual outfit.
Advertisement:

As it turned out, Venalita did not mention that he recruited Utena for the forces of evil instead of justice. She wanted to get out of the whole thing, but was forced to stay on pain of having her transformation sequence broadcast through Venalita's social media account. Thus Utena had no choice but to fight the heroes, and it also awakened something dark within her...

And then Hilarity Ensued, at least until things get deadly serious.

Gushing over Magical Girls provides examples of the following tropes: