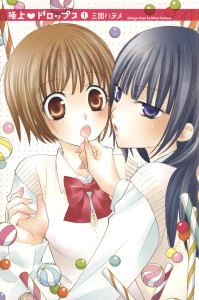 In order to stay in the city and fulfill a childhood promise, Komari needs to live on her own. She comes to an agreement with her father that she can live on her own but only if she lives in a dorm. Komari enrolls as a New Transfer Student at Ohtori Girls' Academy, a local boarding school but soon finds herself in a pinch as there are no available rooms. After some pleading, the dorm office suggests she visit Haraiso Yakata, the elite dorm on campus. Upon visiting there, she's told that she can enter the dorm if one of the dorm members sponsors her first.

Someone comes downstairs but at that point, Komari slips and gets knocked unconscious. When she wakes up, she finds herself in a bed while standing before her is a very pretty girl named Yukio who speaks in a condescending way towards her. Upon realizing that Yukio is one of the dorm members, Komari pleads with her to sponsor her insisting that she'll do anything to return the favor.

Yukio ponders this and then asks Komari to take off her clothes. Komari thinks it's a strange request but does it, reasoning that it's okay since they're both girls. Before Komari knows it, Yukio is groping and kissing her! After a few moments of molestation, Yukio says that she'll sponsor Komari if Komari is willing to be her servant. Left with no other options, Komari is forced to agree.

However, that may be only the beginning of Komari's troubles as upon entering the dorm she finds a lot of the other dorm members are quite interested in her too...