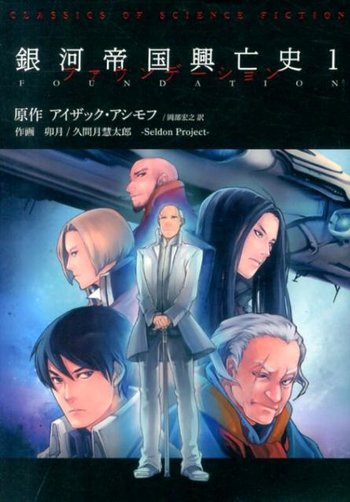 ) has been producing a Comic-Book Adaptation of Isaac Asimov's Foundation Series. Crediting the 1984 Japanese translation of The Foundation Trilogy by Hiroyuki Okabe, Seldon Project mangaka (including Uzuki Kumazuki and Keitaro Kumazuki) have been adapting the plain text of Dr Asimov into visuals that match modern depictions of Space Opera.

The fourth volume covers the events from "The Mule". It ends with a cliffhanger by showing the fall of Terminus by The Mule.

As of 2018, the Asimov estate has made no announcements regarding possible translations into non-Japanese publication.