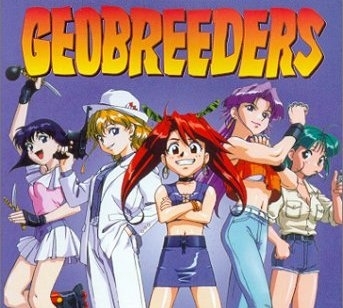 The story is centered around the Kagura Security team, consisting of Mr. Taba, our sympathetic mid-twenties hero, Yuka, the genki girl boss who frequently goes by Madame President, Yu, the under-enthused driver, Takano, the glasses-wearing, rollerblading... one, Eiko, the very professional one, and Make, alias Crimson Shooting Star, a gunwoman in a white suit. Their agency tracks down and "deletes" phantom cats that can travel thought electric currents, phase through walls, and take the form of people. One such cat is actually befriended by Mr. Taba, although she is the only phantom cat seen that cannot speak. Her name is Maya.

This series is a bit of a mash-up of many popular anime genres. There's a bit of unwanted harem, with it being Mr. Taba's job instead of his home, loads of action, science-fiction fantasy, madcap comedy and fanservice. Lots of fanservice.