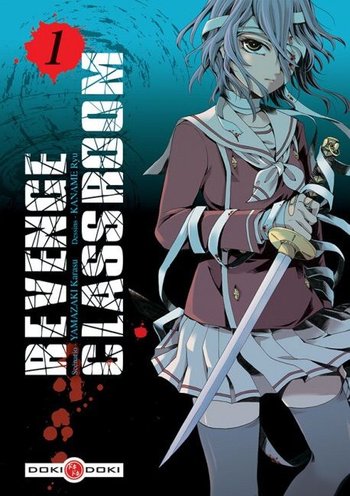 "I made a choice, to get my revenge on everyone! I'll let everyone experience the same hell as I did!"
"Why do they have to go this far? As I was almost killed, I realized that... they don't really have a reason. It just so happens I was caught in their web. A web known as malice. Whether you put up with it or put up a fight, it makes no difference. In the end, you get killed. If you don't like that... risk you life... and retaliate."
— Fujisawa Ayana
Advertisement:

Fukushuu Kyoushitsu ("Revenge Classroom") is a manga by Yamazaki Karazu, with art by Kaname Ryu.

The manga follows Fujisawa Ayana, a girl who gets bullied and abused on a daily base by her classmates. After surviving a murder attempt by an unknown classmate, she realizes that it's kill or be killed, so she starts a plot to take revenge on everyone in her class.