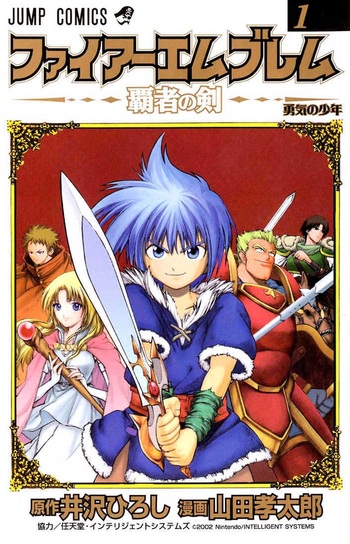 Fire Emblem: Champion's Sword (also known by its untranslated Japanese name, Hasha no Tsurugi) is an 11 volume manga adaptation of the game Fire Emblem: The Binding Blade, published in Japan between 2002 and 2005.

It revisits and modifies the plot of its source material through the point of view of four original characters exclusive to this manga: Teen swordsman Al, Princess Tiena of Tania Castle, her loyal knight Gant, and Master Swordsman Kilmar. They help Roy and his troops in the war against Bern while on their own quest: searching for the Fire Emblem.