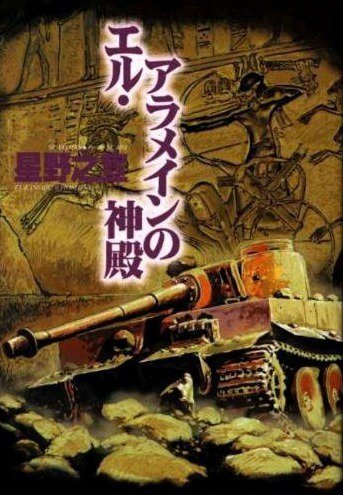 El Alamein no Shinden also known as The Temple of El Alamein is a compilation of World War II short stories from the perspective of the German military personnel, illustrated by Yukinobu Hoshino, of 2001 Nights, Kodoku Experiment, Stardust Memories and Horobishi Kemonotachi no Umi.

As the saying goes, the winner writes history, and these stories are the untold, unwritten part of the history of WWII. Taking place between 1940 and 1945, when the war was at its most violent peak, each story takes place in a different part of the world where Germans were fighting.