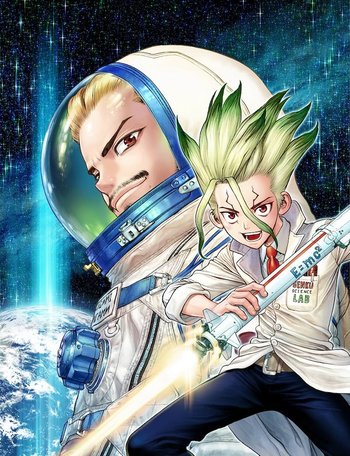 The other side of the story.
Advertisement:

Dr. Stone reboot: Byakuya is a spin-off of Dr. STONE focused on the ISS crew and Rei, an intelligent robot Byakuya built. Following the Petrification Event that turned all of humanity to stone, the ISS crew returns to Earth to try and save it, leaving Rei alone. The story focuses on Rei maintaining the space station while remaining hopeful that Byakuya will return one day.