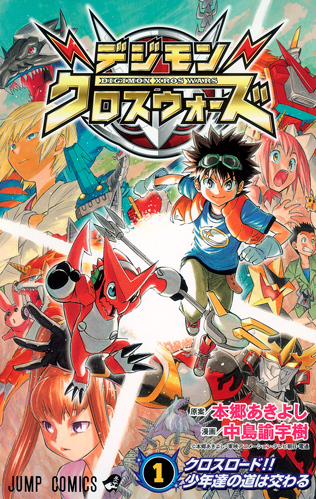 The Digimon Xros Wars manga is the third major serialized Digimon manga, running in V-Jump from June 2010 to March 2012, concurrently with the anime series of the same name (known as Digimon Fusion in the U.S.). It's a relatively loose, Darker and Edgier adaptation of the anime, so while the basic plot remains the same - Taiki Kudo is drawn into the Digital World and leads the Xros Heart army to liberate it from Bagramon's empire - there are numerous significant deviations in the plotline setting it up as a standalone work separate from Xros Wars itself.