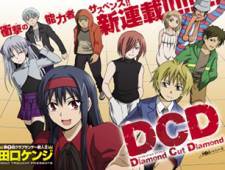 A few years ago, Kurosu Keisuke was part of a group of supernaturally talented kids called the Esper 9 and appeared on TV in the Esper Shounen (Esper Children) show, demonstrating their various abilities to the world. However, due to an accident that occurred on the set, the show was cancelled and the group lost touch.

Seven years after the termination of the program, Kurosu meets up again with Yuyami Shigyou and a series of murders occurs that seems to be specifically targeting the kids that once were part of the Esper Shounen. The murderer is "Anti", someone who wants to kill all Espers because they consider them to be "monsters" and better off dead.