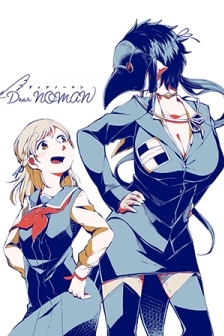 Unohana Mashiro was always capable of seeing things that weren't human, at least until she ends up being recruited by the Boundary Preservation Society which specializes in handling the boundary between life and death. She is also made the master of one of the noman "no man can normally see) named Bazu.

The manga concluded with its fourteenth chapter on September 12, 2020.