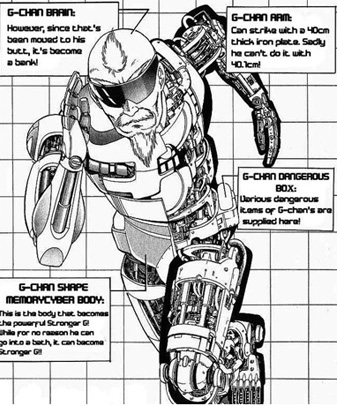 We can remake him, faster, stronger, more destructive and... better at farming?
"I've become a remodeled human to perform the best agriculture in Japan... no, the world. My name is the farming cyborg... Cyborg Grandpa G!"
Advertisement:

One day, Tokijirou Kaizou, a 70-year old man, decided to convert himself into a cyborg to become the greatest farmer in the world. His family is as baffled as the audience.

An early work by Takeshi Obata, one half of the Death Note duo. It's probably the only reason why anyone knows about this.