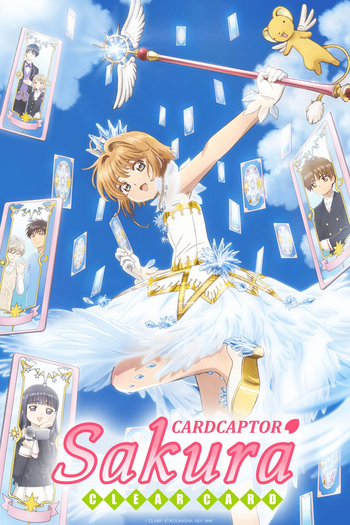 It takes up the story right after the end of the original series. Sakura is now in middle school, and has reunited with her boyfriend Syaoran after his return from Hong Kong. All seems to be going well for her, but she still has strange dreams involving a mysterious robed figure. One night, she dreams of clear cards shattering before her, and later finds that the Sakura Cards (formerly the Clow Cards) have become completely powerless. Later, she recieves a new key, and with her new Dream Staff, she sets out to secure the cards once more.

A 22-episode anime adaptation was released in January 6, 2018, with the original staff and cast returning. An OVA which is a prologue for the 2018 TV series was released on September 17, 2017. Funimation has acquired the home video and streaming rights for Cardcaptor Sakura: Clear Card, and released English Simuldub as well.