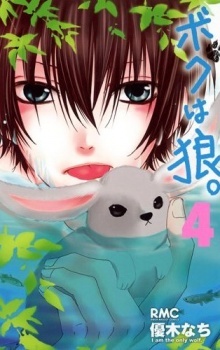 Rina thinks All Men Are Perverts and, as a result, Does Not Like Men; she claims they're all just wolves looking to devour women. When a New Transfer Student who was literally Raised by Wolves joins her class, though, she might just change her mind.

Boku wa Ookami is a Shoujo manga by Nachi Yuki that was serialized in Ribon magazine from 2010 to 2012, and later compiled into four volumes.

Compare and contrast Beast Master, which has a similar plot but is intended for an older audience.