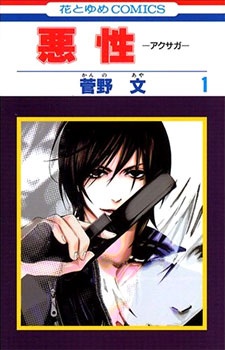 Blank Slate (Akusaga in Japan) is about Zen, a ruthless criminal who isn’t bound by laws or the police. Russo is a bounty hunter. His sole mission is to purposely get close to Zen in order to bring down this Most Wanted felon. But just as Russo begins to get closer to Zen, he slowly realizes Zen’s evil influence over him. What will become of Russo as he begins to venture into Zen’s nefarious world?