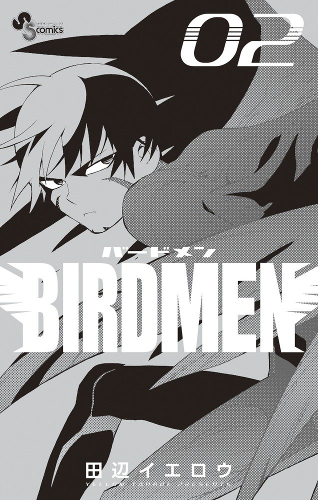 I'm not a hero!
Advertisement:

''BirdMen'' is a manga from the author of Kekkaishi, Tanabe Yellow.

Eishi Karasuma is a loner with a monotone life and his only friend is Mikisada Kamoda. One day they venture together while skipping class and they meet Tsubame Umino, a very energetic girl, and Rei Sagisawa, a pretty boy that attends the same middle school. On their way back to school a sudden event happens. A mysterious boy with wings will come to help.

NOT to be confused with 60's Birdman from Hanna-Barbera or the film Birdman.

Trope featured in this manga include: