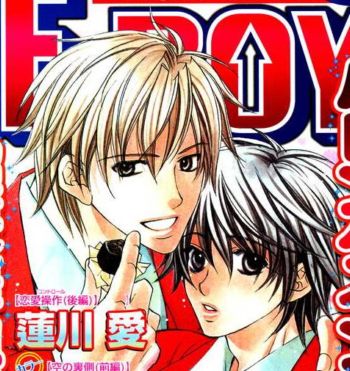 Awkward Silence or Bukiyou na Silent is a Boys' Love genre manga by Takanaga Hinako, author of many other popular yaoi series such as The Tyrant Falls in Love and Little Butterfly. It was serialized in the magazine Be x Boy from 2004 to 2016, and was compiled into six volumes.

Toono Satoru is a mostly expressionless boy who has a crush on popular Baseball player Tamiya. He spends most of his time shut away in the art room at school drawing him and never for a moment thinks that his crush would ever be anything more than one sided... until Tamiya asks him out. Inwardly Toono is thrilled but it doesn't show on his face.

It requires endless patience on Tamiya's part just to not give up on him, and incredible effort on Toono's just to get his feelings across.

It received an English publication in 2012 by SuBLime

, both digitally and in paperback.

If you came here looking for the page about awkward silences in general, see Beat.