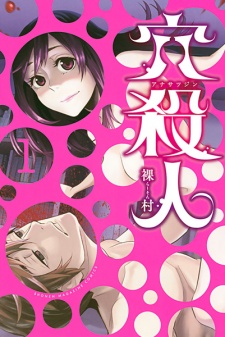 Ana Satsujin (Peephole) is a psychological thriller manga written by Rahson about a suicidal NEET and his discovery of a murderous neighbor through a peephole.

The manga is currently available on Manga Box

, an official manga magazine app and website. It is currently available in Japanese, English, and Chinese.