Manga / Ah My Buddha
aka: Amaenaideyo 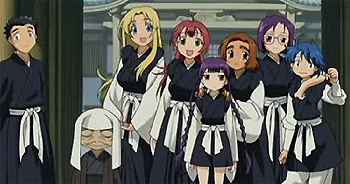 Media Blasters released the anime series in the US as Ah My Buddha. The Japanese title is Amaenaide yo!!

Not to be confused with Ah! My Goddess.