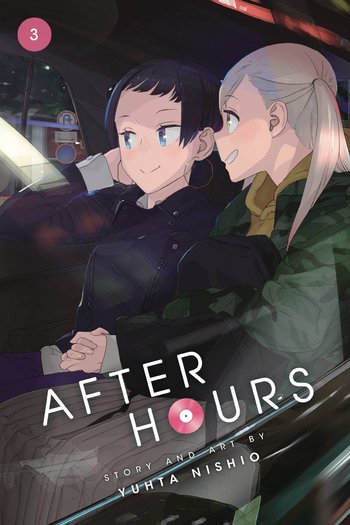 "There’s always something going on at night. Sooner or later, you’ll find your scene."
Advertisement:

The club is hopping and Emi isn’t… so she ends up hiding in a corner after her friend ditches her to flirt with a guy! Emi figures the night is a bust, but then someone amazing comes to her rescue. Kei is a DJ, and her effortless self-confidence captivates Emi. Is this just a wonderful night out or the start of the rest of her life?

After Hours is a Seinen yuri romance by Yuuta Nishio. It ran from March 6, 2015 to January 9, 2018 for a total of 17 chapters that were later compiled into three volumes. Viz Media published the series in English starting in 2017.