Manga / A Man and His Cat 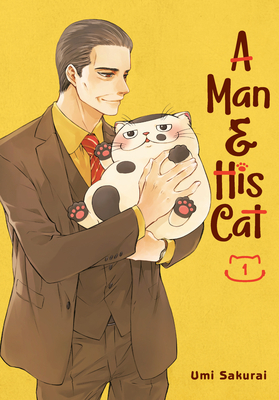 A Man and His Cat (Ojisama to Neko, lit. "Old Man and Cat") is a manga by Umi Sakurai. It began serialization in the magazines Monthly Shonen Gangan and Gangan Pixiv in 2017, though it was originally self-published by Sakurai on her Twitter and Pixiv accounts. It was later adapted into a live action drama in 2021, and will receive an animated adaptation in 2022.

A lonely, exotic cat yearns to be loved and spends every day watching other kittens get adopted before him. One day, an equally lonely old man named Kanda Fuyuki decides to adopt him and names him Fukumaru. Together, Kanda and Fukumaru begin living together.

A Man and His Cat contains the following tropes: