Manga / A Girl on the Shore 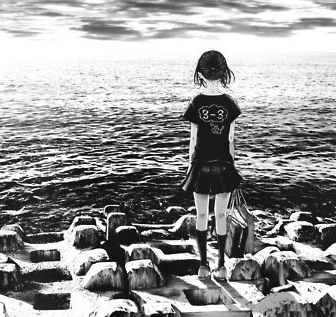 "It feels like there's still something inside... it's such a weird feeling..."
I hardly found what I was looking for, but maybe I never really expected to find anything in the first place.
Advertisement:

A Girl on the Shore (Umibe no Onnanoko) is a Coming-of-Age Story by Inio Asano. After being manipulated and subsequently rejected by a boy she had a crush on, junior high student Koume Sato begins to have sex with classmate Keisuke Isobe, a strange, introverted boy with a crush on her. However, both parties have serious emotional issues, and conflicts soon arise as they begin to spend more time together and others get involved.

Be warned that the series contains graphic pictures of sex/genitalia and some blood and violence. There will also be some NSFW tropes on this page.