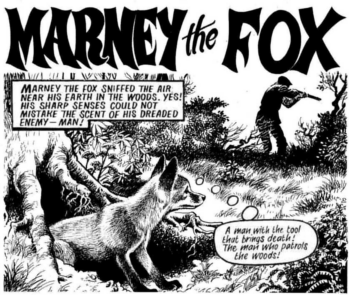 A few works of Science Fiction and Fantasy (and, in some cases even realistic fiction) take the Point of View of normal animals, Intellectual Animals, Intelligent Gerbils, or Starfish Aliens. More than that, the creators of such stories take great pains to think through what it would actually be like to be a rabbit, a dolphin, or a giant betentacled being who smells colour.

A good rule of thumb for figuring out if something is in this genre or not: if you can replace the non-humans with (maybe superpowered) humans without too much trouble, it's probably not Xenofiction: Beast Fables and works about Funny Animals are, in general, not examples. Likewise in many a Mouse World, size is often the only major difference between humans and non-humans; however, there is Xenofiction featuring non-humans with great differences in size.

If it's taking place under the nose of humans, there may or may not have a Masquerade, and humans will probably either be bastards or eldritch abominations. It may make use of Humans Through Alien Eyes. A non-human character may be Intrigued by Humanity. Xenofiction usually explores Bizarre Alien Psychology.

This is also common in fanfics of Mon series where the mon is the POV character.

Contrast Most Writers Are Human. Compare to Narrative-Driven Nature Documentary for nature documentaries that anthropomorphise the animals.

Not to be confused with Xenafication, or the Xeno games, or Xenomorph fiction.