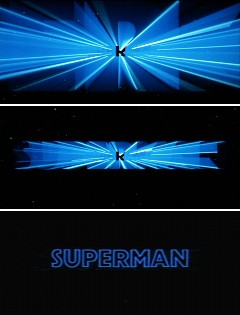 The credits just fly around, often toward or away from the screen, leaving trails behind them. Not as popular with opening credits being used less often in film, but still shows up.

The effect is achieved by a specific form of slit-scan.

Remember, this is only about titles and credits doing this, not the effect of slit-scan by itself. Nor is it just an effect to make the titles seem to pop out. They have to actually move around.

This doesn't just have to be the opening or ending credits. Trailers could count as well.