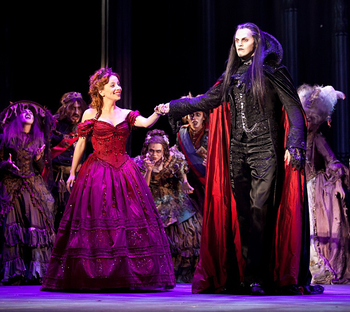 For some reason, musicals about vampires had a huge run of popularity at the turn of the millennium. The ones that made it to Broadway flopped, and it's become common knowledge that Vampire Musicals don't work.