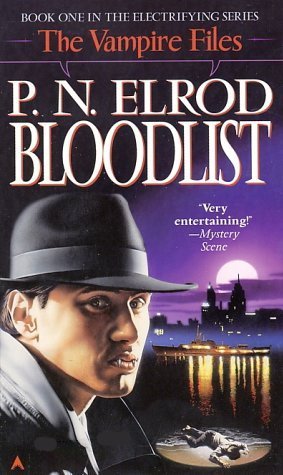 There are all kinds of job opportunities for sexy hemovores and solarphobes. Or so one would think, but noooo.

You want to make a TV series starring a good guy vampire, or other immortal being?

Well, after a few rounds of development, you're almost always going to have certain bullet points in your plot setup, just due to sheer parallel evolution and the fact that all pitches eventually morph into They Fight Crime!:

This might be because vampires fit so easily into the Film Noir Private Detective with their tendency to be out at night, tendency to wear long coats, messy backstories, inevitable love difficulties, not-so-clean morality, and in some sense of the word, a drinking problem.

Note that being a vampire is not an absolute requirement to qualify for this trope; hitting enough of the above list (preferably at least five of them, although an otherwise immortal character can skip out on any two of points 2, 3 and 6) usually qualifies the series as falling under this banner.

A subtrope of Friendly Neighborhood Vampires. Needless to say, when vampiric, falls firmly under Our Vampires Are Different. A specific type of Defective Detective, and a stock trope of the Urban Fantasy genre. Usually overlaps with Occult Detective, but doesn't sufficiently often that it makes the numbered list above.