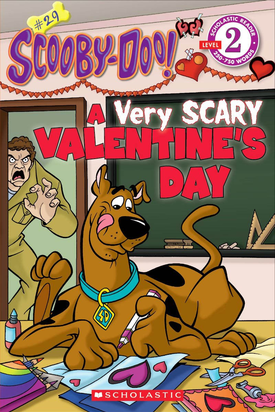 Jewelry, roses, and chocolates. Valentine's Day (technically Saint Valentine's Day) is a big deal, and boy do writers know it! The holiday on February 14 has been used a million times in all sorts of media to bring up love and romance. White Day is a similar holiday observed in Japan and South Korea on March 14. In some countries, it's normal to give Valentine's Day cards or gifts to friends and family, whereas in other countries you'd only give a Valentine's Day present to someone you are romantically interested in, leading to a bit of Values Dissonance for certain audiences.

In fiction, characters face romantic challenges or break new ground on episodes that revolve around Valentine's Day. A Valentine's Day Episode plot typically centers around hooking up, or with struggling to find the right gift, or with someone (usually the man, usually on some kind of comedy) forgetting about the holiday and struggling to find a suitable gift. On the other hand, someone who finds themselves Alone Among the Couples may be serving up the Valentine's Day Vitriol. Valentine's Day Violence might also pop up if action and/or horror themed elements would spice up the holiday. You'll typically find the resident Big Eater chowing down on Valentine's Day candy, maybe even accidentally eating the box of chocolates they were supposed to give to their crush. There are any number of Love Tropes, comedic love tropes and Sex Tropes that are common to Valentine-centric plots. Can be fertile ground for Shipping Tropes. And likely to be a pivotal part of a Romance Arc.

Also in many cases in the media, though Valentine's Day is in the winter (in the Northern Hemisphere), it can instead appear to be spring, with no sign of bare trees or snow anywhere, unlike in real life.

Everyone is shopping for their Valentines, but seeing that this is Grossology, things go very wrong, very quickly.

Everyone is shopping for their Valentines, but seeing that this is Grossology, things go very wrong, very quickly.