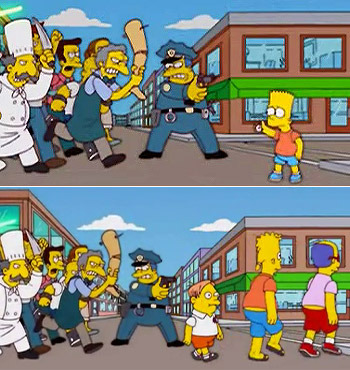 Can be a source of Fridge Logic for those who have a mild grasp of physics. If the formula for power is work divided by time, what happens if the value for time is zero? Or if sight is the process of photons entering the eye and striking the retina, what happens when photons are frozen in place?

Example of:
Move in the Frozen Time