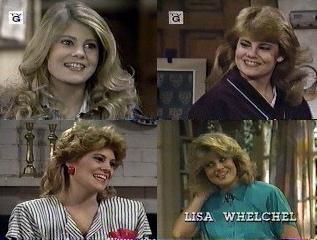 A series that has been on the air for a number of years will often include older clips in its Title Sequence. When child actors have grown up before us, the credits may include clips in chronological order to show the changes the cast members have undergone.

While the intention is to evoke a sentimental "Awww, remember that? Look at how much they've changed!" reaction from viewers, they can also backfire and make us think "Wow, these people are getting way too old to still be playing adorable TV kids."