This Index Is a Bitch 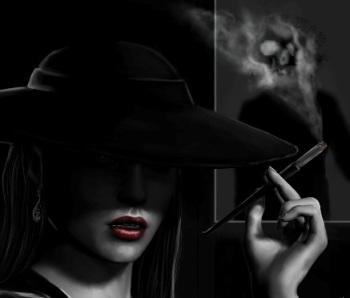 by Sinistral. Used with permission.
Advertisement:

Come to us, you naïve and unaware Action Hero... and meet your doom! Silly you who believe women never delve into evil!

As is stated in the title, this is about villainesses and antagonistic female types.

This is not the Mysterious Woman who leaves doubt about her intentions, though the two can overlap; this is about women who are explicitly villainous and whose intentions are clearly nefarious.