The Stinger
aka: After The Credits 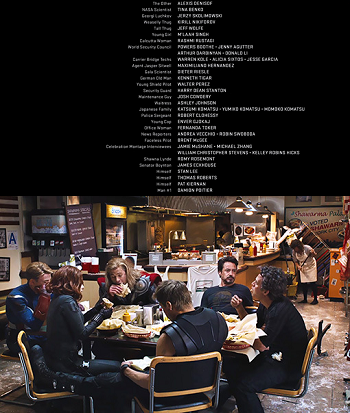 All There in the Stinger is a sub-trope. Compare Signing-Off Catchphrase. See also The Tag. Not to be confused with a musical Sting, though a suitably dramatic Stinger will have a Sting. The Teaser works at the opposite end. See On the Next for when there's a preview of the next episode. Also not to be confused with the body part on the back of a bee, scorpion, or wasp. Or a boxing glove wrapped in barbed wire.