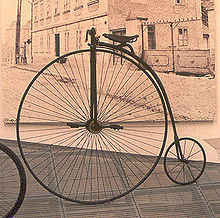 A true gentleman's ride of predilection.

You're partaking in an older game for any number of reasons: maybe your friends recommended it to you incessantly for years; maybe you've recently gotten interested in the series or genre it's part of and want to go back to the source; maybe you got it on a Steam sale as part of one of their gigantic all-inclusive packs. Anyhow, this is an old game.

While you can certainly see its quality, there's just something in it that's bugging you. There's a gameplay mechanic that is not only outdated, but needlessly complex compared to the equivalent you would most likely find in a modern game. You can't help but wonder: how could anyone come up with this extremely complex version of a simple concept, years before the simple one appeared?

For example, imagine if for decades a popular American dessert was apple and carrot pie. For decades everyone would love their mom's apple-carrot pie and nobody would even think that just apple pie would be good. Then at some point someone comes up with good ol' apple pie, and it turns out that, to everyone's delight, apple pie is much, much tastier than apple-carrot pie. The absence of carrots in apple pie would then be obvious in hindsight — it takes an extra degree of invention to put carrots in it and therefore make the pie worse.

Another way to put it is that these are essentially Real Life examples of Schizo Tech.

Almost always a side-effect of Technology Marches On, and a frequent cause of "Seinfeld" Is Unfunny.

Compare Hilarious in Hindsight and Early Installment Weirdness; contrast Older Is Better, Retro Upgrade (where the old way of doing things gets a new lease on life from new developments).