The Leader
aka: Leader 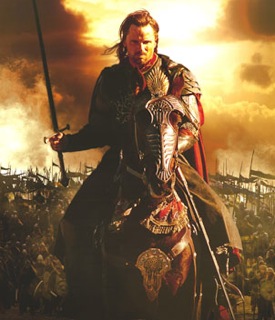 Come with me.
Gert: Okay, Alex, what's the plan?
Molly: Yeah, Alex?
Chase: Why does everyone assume Alex has a plan? Someone else might have a plan.
Alex: Great. Let's hear it.
Chase: ...I was just speaking hypothetically.
— Runaways (2017)
Advertisement:

When push comes to shove, there's gotta be someone that stands up, takes charge, and makes a decision. Even if it goes unsaid, it's usually obvious to everyone who's calling the shots. The de facto leader does it out of necessity or their personality type. The de jure leader is officially agreed upon, and may hold the title or rank.

Leaders in fiction typically come in four flavors, with of course some leeway and overlap:

See also The Chains of Commanding, the Sliding Scale of Leadership Responsibility, Still the Leader, Ordered Apology, and Badass in Charge. Compare The Captain, Only Sane Man, and both the Big Good and Evil Counterpart Big Bad. Usually The Hero is The Leader, but not always. Similarly, the Leader is not always, nor always interested in being, The Hero.

Note: While the Incredible Hulk villain The Leader certainly fits this Trope, much more detailed information can be found about him on this page here.