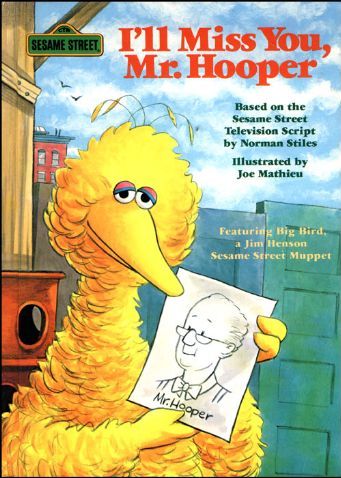 This book is dedicated to the memory of Will Lee,

who created the role of Mr. Hooper and played it on Sesame Street until his death on December 7, 1982.
"What's that, Joker? 'You'll be back?' Somehow, I don't think you will be."
— Frankie Boyle, Mock the Week, memorialising Heath Ledger in Lines You Wouldn't Hear In A Superhero Movie

This is a trope, as the event affects the narrative. However, outside of the narrative, it may prompt an episode or credits nod In Memoriam. A Really Dead Montage may result for longstanding characters. Fans may do this preemptively via Death Fic.