Take Over the World
aka: Taking Over The World 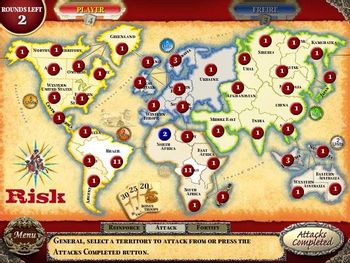 Pinky: Gee, Brain, what you wanna do tonight?
Brain: The same thing we do every night, Pinky: try to take over the world!
— Pinky and the Brain

Of course! No reputable villain or Imperialistic Global Superpower would set their sights on anything less than World Domination®! As Evil Plans go, world domination is ambitious, more logical and sometimes easier than wanton destruction of everything. They want to be in charge of everything and everyone. This could be just to feed their massive egos and Greed, or else they've got somewhat twisted ideals that they want everyone else to adhere to. Sometimes it's because world domination is the Path to a Better Future. Or it's just because they are dicks.

Either way, this ambition will put them in direct conflict with the heroes, whether professional or "I just want everything to go back to normal" types. Usually said villains fixate on the hero or someone/thing close to them as being part of their master Evil Plan. For a villain who has finally acquired godlike power, and did not use it to Ascend to a Higher Plane of Existence or euthanize the universe, then this is the next logical goal and use for said power.

Villains who want this will occasionally combat other villains who want to destroy the world or use it for other purposes, and sometimes, just sometimes, team up with the heroes to do it. After all, you can't conquer the world if it's destroyed, right? Whether or not the villain attempts to stab the heroes in the back the instant the world is safe, or they nod and civilly go back to their Secret Lairs in a gentleman's agreement to face each other tomorrow depends on the villain.

The result of world domination is sometimes subverted, parodied or deconstructed when the villain actually succeeds, and it turns out that ruling the world isn't nearly as gratifying as they thought it would be — exactly what does one do with the world once one has it, after all? As any immortal would tell you, ideas to try for the world (whether utopian or dystopian) can be limited. Plus, once you're ruling the world, you literally have to be in charge of everyone, and that's like herding giraffes. Seven billion giraffes, as a matter of fact. You actually have to run things, and make sure it works, and dang, Dystopia Is Hard. You will end up snapping or getting crushed under the workload of trying to dictate everything. If they did it with Mass Hypnosis to get rid of The Evils of Free Will, then it'll be considerably easier to rule... and so dreadfully boring they undo the whole thing just to have someone to talk to. No wonder that "illogical" world destruction has an appeal that competes with world domination.

The more fleshed-out villain will have some specific perception of what is wrong with the world and believe that a strong central authority with vision and strength of purpose can set it right.

For more information, check out the Evil Overlord List, a detailed guide on what an evil overlord should and should not do. Typically, this is accomplished with Stock Evil Overlord Tactics. Although sometimes the plans of villains with this motivation go rather in the Missing Steps Plan direction.

There have been several country-specific SubTropes which have been popularized in American thought and media, each country taking its turn to be the boogeyman for a few decades. These would include:

See Take Over the City for a more modest version. A Villain World is a situation where this actually happened (for absence of a hero or some other incident that granted the bad guys absolute power) but a hero emerges and begins to undo the damage from the inside. For the opposite, see Save the World.