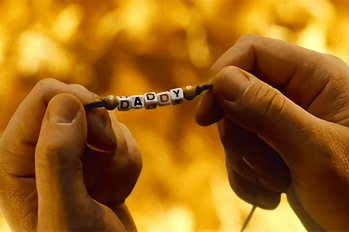 A daughter's gift, now a reminder of her murder.
"The locket was accorded this place of honor not because it was valuable — in all usual senses it was worthless — but because of what it had cost to attain it."
— Harry Potter and the Deathly Hallows

Bob's little sister Alice was killed in what he would later call his greatest failure. He continues to fight for her, trying to 'fix' the world so that no one else ever has to go through this, or seeking to take vengeance upon her killers. Though doing so may make him a Well-Intentioned Extremist or outright evil, it's all worth it to him.

In order for him to never forget the reason he fights, he keeps a memento, often something that belonged to Alice, though it may just be something that reminds him of her. Sometimes, the 'something' may be her Soul Jar, and Bob is attempting to find a way to resurrect her.

Villains love to get their hands on such an item, if only to crush it in front of the their victim's eyes.

See also Orphan's Plot Trinket, Take Up My Sword, Death Notification, It Was a Gift, and Memento MacGuffin. When Bob is feeling particularly sad over Alice, he may hold the keepsake in a Cradle of Loneliness. If the Keepsake is a body-part of an entity being remembered, then it is this trope being combined with Creepy Souvenir.

Since this qualifies as a Death Trope, beware of spoilers.