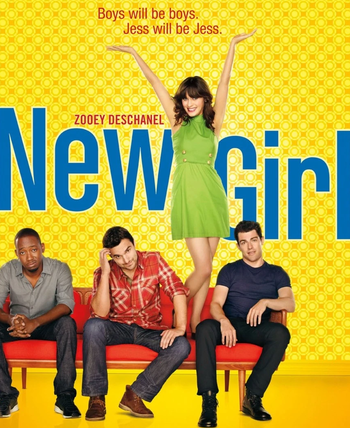 We're all familiar with The Smurfette Principle and The One Guy: when creators throws in one person of a certain gender into cast that is otherwise the opposite gender. However, this trope is odd because in this case the token is the main character, with most if not all of their supporting cast being the opposite.

See The One Guy and The Smurfette Principle. May relate to Never a Self-Made Woman. For the musical equivalent, see Male Band, Female Singer. Harem Genre stories usually feature this dynamic, with the added bonus that the supporting cast all have some romantic connection with the lead. Compare to White Male Lead, Smurfette Breakout, and Human-Focused Adaptation.