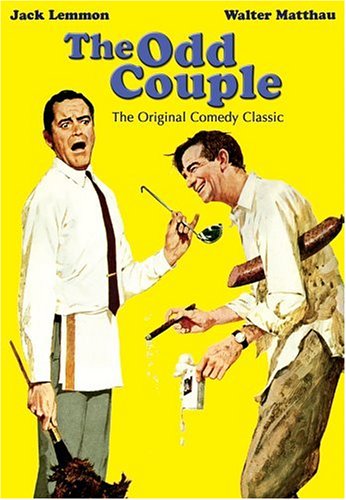 "We see a culture that is strong and despise it as crude."
— Eldar Philosopher Uthan the Perverse (on da Orkz), Warhammer 40,000
Advertisement:

One is well-groomed, clean, stylishly dressed, and treats those around as inferior, be it at a Renaissance court or a slum. The other is scruffy, dirty, dressed entirely from the used clothes discount pile, and acts like boorish rabble, rolling their eyes at the uptight.

They will usually be in close proximity, at least in the same neighborhood, city, or space sector. And of course they fight. The scale of the conflict can be any size, be it a clique vs. clique social power struggle in a school, a street brawl between rival gangs, or two species or even Planet of Hats at war. It can cross into armed revolution, or either Kill the Poor or Eat the Rich.

As a narrative device, Slobs vs. Snobs rarely presents both sides equally. More often than not, the Slobs are presented in a more sympathetic light than the Snobs. Every once in a blue moon however you do see a Snob-sympathetic angle where the Slobs really are Insufferable Imbeciles. Even then, there are often good and bad attributes associated with both positions, and many uses of this trope end with An Aesop that Both Sides Have a Point and can learn from each other to become better people. Occasionally, though, they’re both shown to be equally terrible.

Compare/see also Elves VS Dwarves, Fur Against Fang, and Tanuki/Kitsune Contrast, where the Snobs will be elves, vampires, or kitsune, and the Slobs will be dwarves, werewolves, or tanuki respectively. (Though vampire elves and werewolf dwarves aren't out of the question, nor for that matter are Elven Vampire Werewolves). The trope Rich Suitor, Poor Suitor is what happens when you mix slobs vs snobs with a love triangle and their financial status is proportional to their classiness. Technician vs. Performer is a similar trope in the entertainment world. Rock is Authentic, Pop is Shallow is a similar trope in the music world. Theatre is True Acting compares screen acting (often the lowbrow "slob") to stage acting (often the classical "snob"). When the Slobs are men and the Snobs are women, it's a Girls vs. Boys Plot. See also Wunza Plot.