Show Within a Show
aka: Film Within A Film 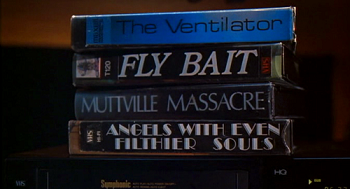 Alternative Title(s): Show Within The Show, Story Within A Story, Play Within A Play, Film Within A Film, Shows Within A Show, Work Within A Work