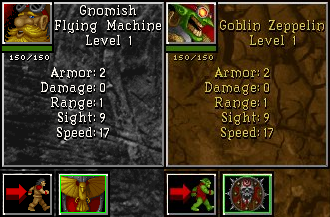 In real-time strategy games, usually those in which the different sides represent wildly different cultures or even different species, there will often be colour-coded sub-factions that are said to be different in terms of composition, outlook or somesuch, but in actual practice there is no difference except the visual one.

Sometimes a form of Gameplay and Story Segregation.

Subtrope of Palette Swap. See Cosmetically Different Sides, when it's applied to more than a select few units, and Underground Monkey, when the later versions are stronger, but not when compared to the heroes. Not to be confused with Separate But Equal.