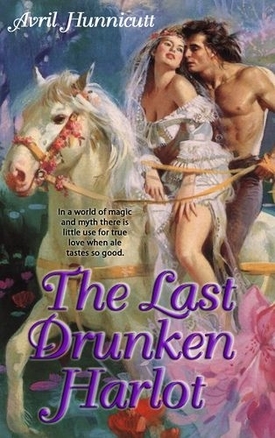 Picture the cover of a romance novel. Right now. Fabio or some other shirtless man with a Heroic Build and long hair, with a buxom woman in his arms/wrapped behind him/within torso's reach behind a colorful sunset.