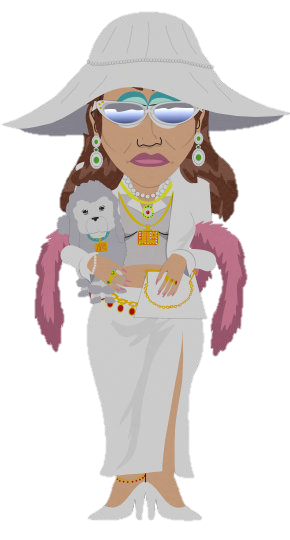 , "The Queen of Mean"
Advertisement:

A Sub-Trope of Idle Rich and The Upper Crass. See Upper-Class Twit for the usual Spear Counterpart. Despite this, male examples, Rich Bastards, do exist.

Can be Truth in Television, but it's best that we don't discuss any examples from real life on here.