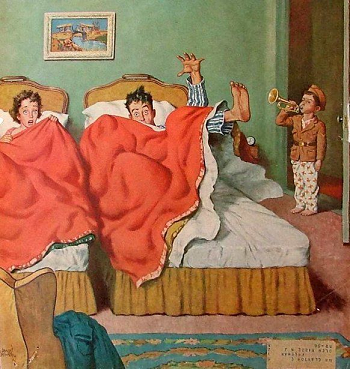 is a bugle call most often associated with the U.S. military, where it is used to wake up military personnel at sunrise. The name is taken from "réveillé" (or "réveil"), the French word for "wake up", as stated by the Reveille article

In fiction, Reveille is often used to wake up a character, whether they are in the military or at summer camp.