Recast as a Regular 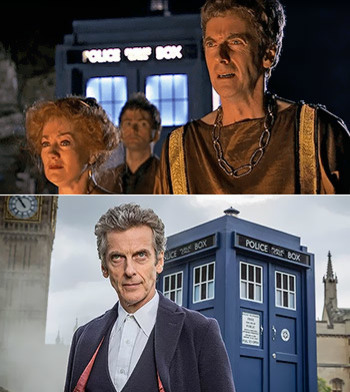 Often in cases of ensemble series, a character introduced into the series sometime later will be played by an actor who appeared on the show much earlier in a guest appearance as an entirely different character. In some cases, it could be because the cast and crew enjoyed working with the actor enough to create a new regular or recurring character to be able to work with him more regularly, but a lot of the time, there's no actual explanation behind it.

The use of the same actor for different characters is typically intended to go unnoticed or at least unremarked. For example, Ed Wasser played Shadow minion Morden in Babylon 5 but also appeared in the series pilot as a minor crew member named in the credits as Guerra. Since that series was so intricately plotted, fans wondered if the Shadows were influencing events as far back as the pilot. No, said series creator J. Michael Straczynski, they just liked the actor's work in the pilot and cast him in a recurring role.

Spin-off shows will often encounter this, as the producers find actors they like for the new show.

Occasionally, if a series or franchise runs long enough, the inversion may also occur: an actor who played a regular role leaves, then returns guest-starring as a different character.