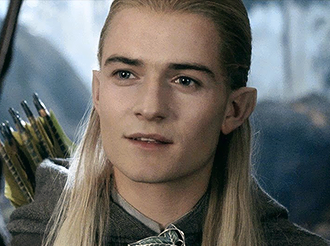 Prettier than any of you humans could ever hope to be.
"You're prettier than half my daughters."
— Craster, talking about Jon Snow, Game of Thrones
Advertisement:

You know that ruggedly handsome manly man the ladies all sigh for?

This isn't that guy.

Oh, he still gets the sighs, but it's because he is so damn pretty. These guys are often slender or slight, with fine facial features (sharp cheekbones but narrow chin) and lovely hair. Facial hair is uncommon, and if present it's a well-groomed goatee or moustache (certainly not Perma-Stubble). Being a Sharp-Dressed Man can add to it. Prettiness is often associated with appearing youthful, sometimes factoring into Older Than They Look. If he's on the shorter side he tends to be more scrawny, if taller then he probably has a lean athletic build.

This doesn't necessarily mean he's androgynous or looks like a girl, though. The Bishōnen is a subtrope more common in East Asian works, especially Japanese anime, where the main distinction is that the character is a lot more feminine in appearance and gentle in mannerism. Check out the Bishie Sparkle.

The Pretty Boy also isn't necessarily effeminate or weak. He may well be as strong or physically powerful as the other, more muscular guys, and as macho as the more ruggedly handsome ones. Expect one of his more rugged counterparts to sneeringly call him "pretty boy" at least once. Increasingly common for even his detractors to comment on just how much they appreciate his looks.

Assemble enough of these guys, and you end up with a Cast Full of Pretty Boys.

A Sister Trope is Agent Peacock. If the pretty boy also has long, flowing hair, he is a Long-Haired Pretty Boy. He may be accompanied by sparkles. White Hair, Black Heart is a subtrope that marks a character out as a villain. May overlap with Beauty Equals Goodness or Beauty Is Bad, especially when the character's beauty stands out.