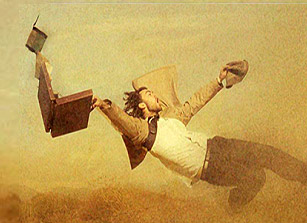 Locks usually function just fine, but sometimes they burst open without any obvious immediate cause. In media of course this happens because the plot demands it, though it is occasionally deliberately used by a Con Man. This is typically at an inconvenient or embarrassing time (they grabbed a suitcase identical to theirs but filled with sex toys, which bursts open as they run 15 minutes late to a flight). Sometimes handwaved by having the container stuffed with something (say, money) that presses from inside, but that doesn't account for the timing.
Advertisement:

Subtrope of Plot-Sensitive Items and sister trope of Plot-Driven Breakdown; this can be reclosed immediately, though the contents may take some work. Not related to Plot Lock, which is about being forced to progress through the plot in a desired order.