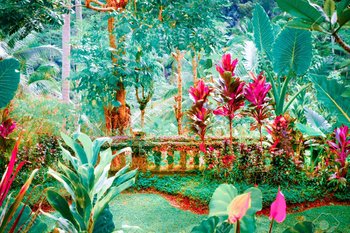 Beauty is part of Nature's laws.
How could such sweet and wholesome hours
Be reckoned but with herbs and flowers!
— Andrew Marvell, "The Garden"
Advertisement:

An index gathering plant-related tropes. And fungi too.

A sub-index of Tropes of Nature. Do not add flower-only, tree-only, or fruit and vegetable-only tropes here: instead, put them in their respective sub-index.