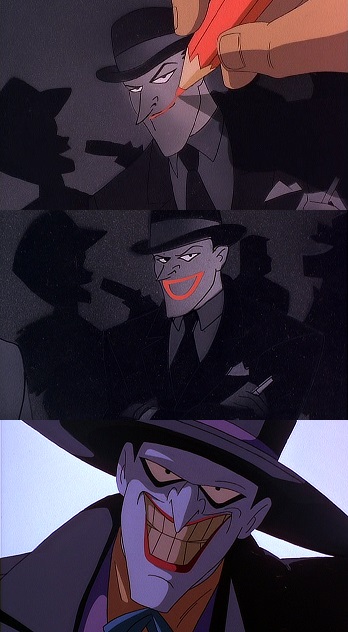 That's when you realize...
Advertisement:

This is when someone has an old photograph of someone they don't know, looking through old albums, yearbooks, or in someone's collection of stuff, but there's something familiar about it. Then they start to draw on it, glasses or a hat, scars or some sort of distinctive feature, and find that, holy crap, they do know this person!

They have changed the photo of them as they looked years ago to look more like their contemporary selves.

This can also be done with other types of pictures. The main idea is that someone starts with an image and adds features so the person in it becomes recognizable. Often used as The Reveal.

Contrast Mustache Vandalism, in which additional features are drawn onto pictures with no real purpose except perhaps as an expression of disdain for the person depicted.