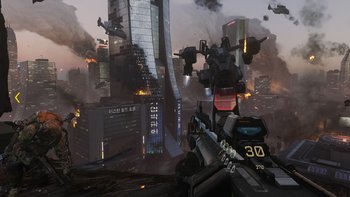 During their training mission against Felix, Simmons tries communicating with Grif using hand signals, but they quickly become nonsense.

During their training mission against Felix, Simmons tries communicating with Grif using hand signals, but they quickly become nonsense.