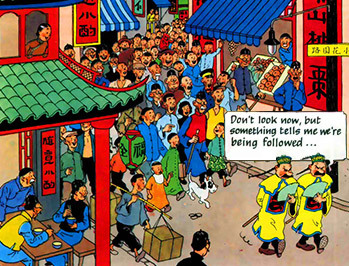 Sometimes when a character has to use the art of disguise, they go too far. If they have to pose as a member of a certain minority group, they incorporate every stereotype of said group possible into their costume. Probably the best-known instance of this: The spy/secret agent who wears a grey trenchcoat and black hat (as an effort to "blend in" with the general populace) decades after these went out of fashion. Also frequently occurs when individuals must disguise themselves as the opposite gender.